The realisation that their vehicle has ceased to function when they're travelling through a wooded area is one which could unsettle and distress even the most level-headed of motorists, particularly if this area is quite isolated and dark. Here are the things a motorist should do if they end up in this situation.

A situation like this calls for the use of a professional tow truck driver's services. However, even an experienced tow truck driver who is familiar with the local routes might find it challenging to locate a stranded motorist if the motorist is in a wooded area that is very large with poorly signposted roads. The process of locating the motorist could be even more difficult if the trees in this wooded area are close together and shroud the roads in darkness, even during the day.

If a motorist is in a wooded area like this and they suspect the tow truck driver might have a hard time finding them, they should search in their car for an object that they could use to guide the driver to their vehicle. They could, for example, use a portable radio; by blasting music on this device on a high volume setting, they should be able to draw the driver's attention to them. A flashlight could also be used for this purpose; by flicking the light on and off repeatedly, the motorist could make themselves noticeable to the driver, even if the area they are in is quite dark.

If the object the motorist decides to use is battery-powered, they should only switch it on at the time that the tow truck driver told them that they would arrive in the wooded area. This will ensure that the batteries don't die before the motorist has a chance to use them.

The motorist should not get out of the vehicle

If the motorist has to wait quite a while for the towing service and they get bored or feel like stretching their legs, they might decide to step out of the car or even go for a brief stroll. It is not a good idea for anyone in this environment to do this.

Firstly, if they go for a walk in the woods, they could get lost and struggle to find their way back to their vehicle, which might result in the tow truck driver having to search for them. Secondly, it is possible that the woods could be occupied by unfriendly wildlife, in which case even getting out of the car to stretch their legs could result in the motorist getting bitten or scratched by an animal. 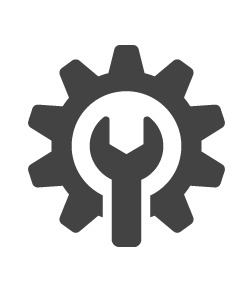 Driving in your car can be a lot of fun. On this blog, we hope to make the experience even better for you. We have spent a long time gathering together all of our top tips which will hopefully help you to modify your car with additional parts and paint jobs. We don't work in the auto trade but we have developed a team of amateur car lovers who are here to bring you the best tips and tricks. So, if you want to find out how to improve your car's appearance or performance, you have come to the right place!